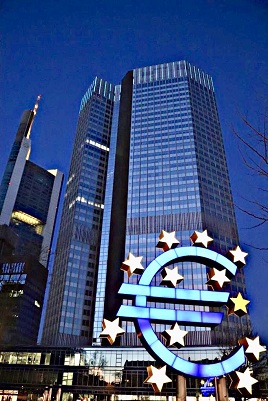 – on request including a visit to the Main Tower –

In this tour you will get an overview of the economic development of this city, starting with the first trade fair privilege in 1240 right up to the present day as the financial heart of Europe. The story of famous banking families such as Rothschild, Bethmann or Metzler have contributed significantly to this success as well as successive waves of refugees who sought safety in the city. Since 1998, Frankfurt is home to the European Central Bank headquarters, which moved to the East End part of town in 2015. We will also talk about the 1948 currency reform, and why Frankfurt at that time was called the “secret capital of Germany”? The tour can be varied and can be ended either at the Bundesbank building in the Taunusanlage, or on the platform of the Main Tower, if requested.