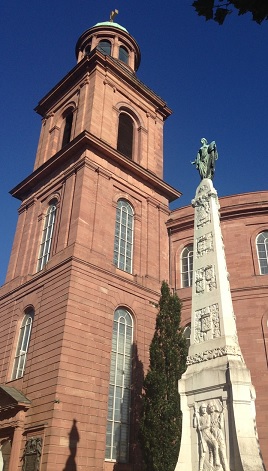 Saint Paul’s Church, the”Paulskirche”, is of great importance to Germany’s history. After the Napoleonic wars, Frankfurt became the headquarters of the German Confederation and in 1848 this building became the site of the first freely elected parliament in the country.

We will tour the building both inside and out in detail and describe its significance from the 19th century until today. Democracy – past and present. This topic is always up to date.