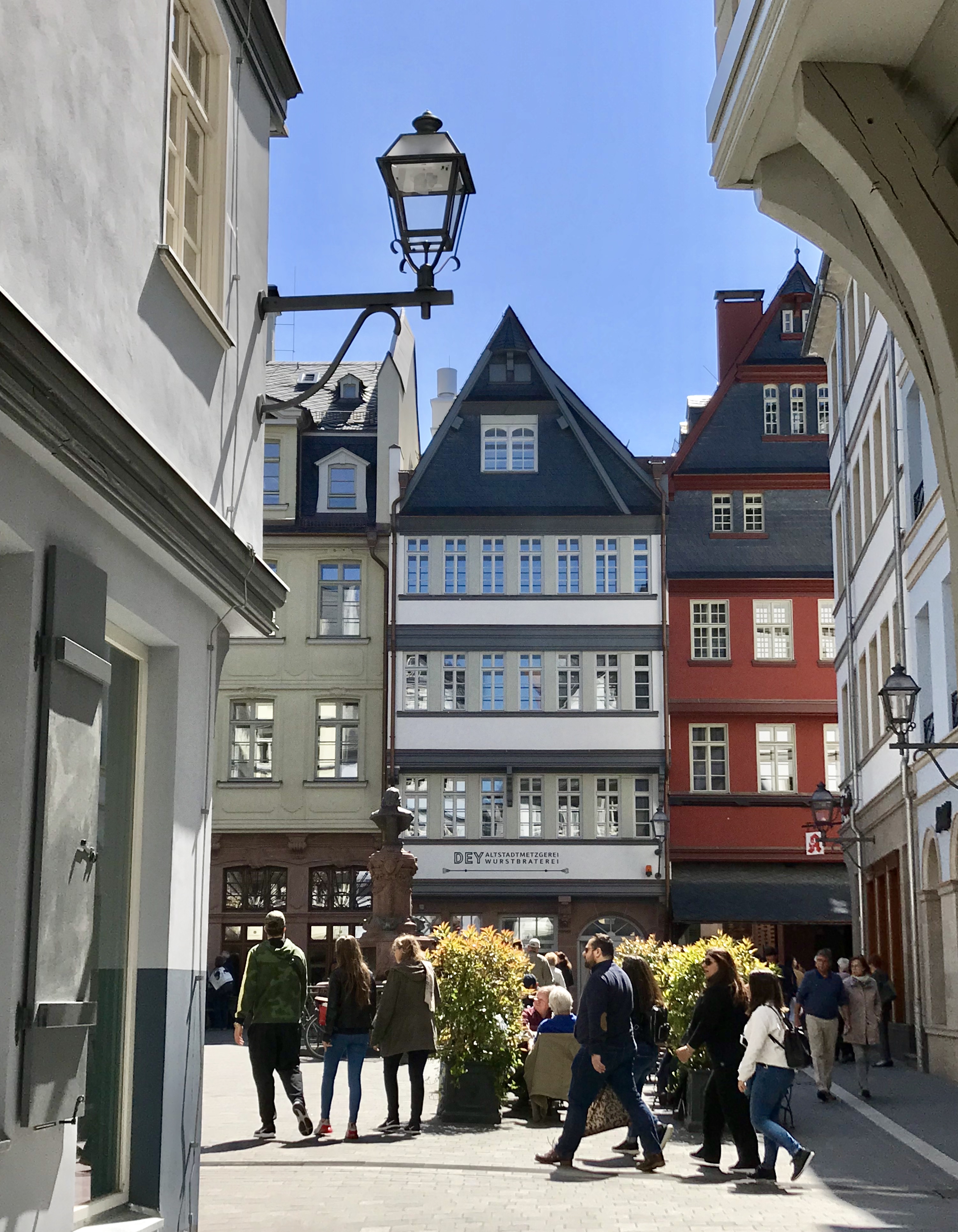 The rebirth of the old Frankfurt…

The reconstruction of Frankfurt’s Old Town on the site of the former technical city hall has stirred many people’s feelings. Now construction on this football field sized site is finished and approximately 200 people are moving into their new homes. A large variety of special shops and little cafés contribute to a lively atmosphere

The smallest district in Frankfurt, almost completely destroyed in March 1944, has been restored to its past glory. Fifteen houses were rebuilt according to their original plans along with twenty new buildings to complement them, resulting in an architectural harmony between the old and new. Each house, new or old, tells a story. For example, Johann Wolfgang Goethe spent a few month in the „Haus Esslinger“ where his Aunt Melber lived. The most beautiful house, known as „the house of the Golden Scale“, was built by a religious refugee from the Netherlands who came to Frankfurt at the end of the 16th century. It was a tourist attraction even before the Second World War!

The walk takes place between the Römerberg and the Cathedral.